On February 5, 2020, after huge preparations, the final of Bocuse d'Or Hungary took place in Hungexpo's Pavilion "A", competing for the representation in the Bocuse d'Or Europe 2020 final. Zsolt Haraszti and his commis, Patrik Kocsis, finished third and also won the "Best Team work" and "Best Meat Plate" prize. 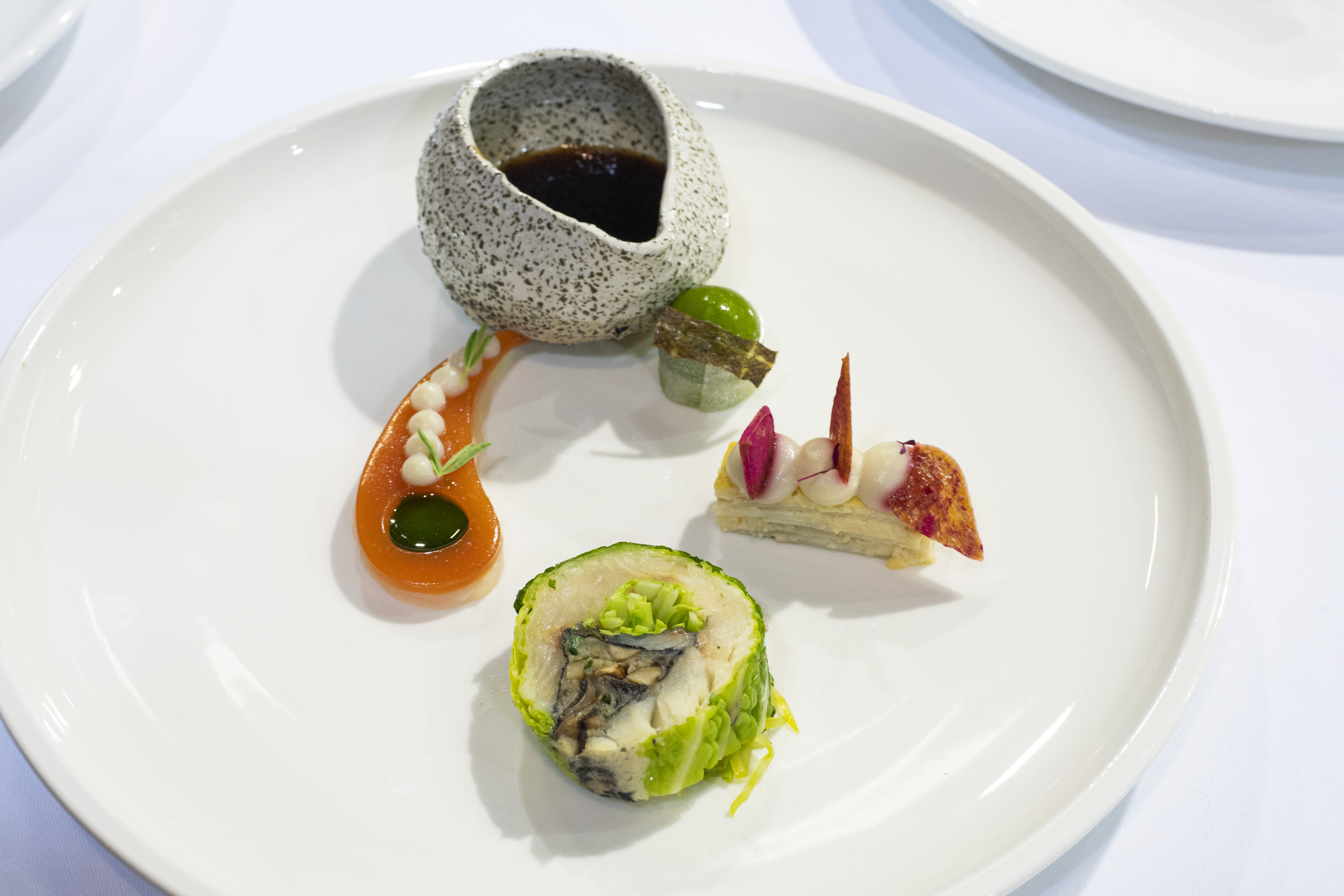 As Zoltán Hamvas, president of the Hungarian Bocuse d'Or Academy put it, "Bocuse d'Or - the most important competition in the world of gastronomy - has always been associated with sophistication, precision and creativity". With strict regulations covering every detail, the chefs had to prepare plates that would be a staple even at the world's top restaurants.
For long weeks before the competition, Zsolt and Patrik could practice in a separate kitchen at Société Budapest, focused on the task in a great mood. The fresh ingredients were continuously provided by Société Budapest, so they could make the competing dishes hundreds of times. Of course, all points of the Bocuse d'Or competition rules were strictly adhered to as they are crucial in scoring.

The organizers put a little twist in the preparation process, as the meat theme was originally based on venison, but this was changed at some point of the preparation period. Although by this time Zsolt Haraszti and Patrik Kocsis were completely finished with the concept, still, it did not cause any difficulty in their preparation, what more, this unexpected turn gave a new impetus. The reason for the change was that quail will be the meat theme at the European final in Tallinn, and this is why the Hungarian Bocuse d'Or Academy wanted to support the preparation of the future winner. Finally, both the "fish theme" and the "meat theme" - in which the quail played a leading role - were perfectly prepared and ready for the Hungarian finals.

Building on fresh experiences, Zsolt Haraszti would like to provide the public with an opportunity to try the two competition dishes at a special dinner on the 27th of February, which will be complemented by a range of matching dishes and drinks to create an unforgettable experience. During the evening, Zsolt Haraszti introduces the guests to the backstage of the preparation process, talking about his experiences and what this competition meant to them.

￩ ￫ x
On this website we use HTTP cookies to enable you as a visitor to adapt the appearance of the website.AcceptMore info

We are sorry to inform our Guests that we will temporarily suspend the operation of our restaurant and event venues due to the coronavirus epidemic, but we will reopen as soon as possible.

Thank you for your understanding!
Société Budapest Team