It's half-past seven in the evening, excited yogis arrive at Société and gather in the atrium, then head up to the fifth floor for a special yoga class. The location is our recently opened rooftop, which will now be home to exciting and various programs. 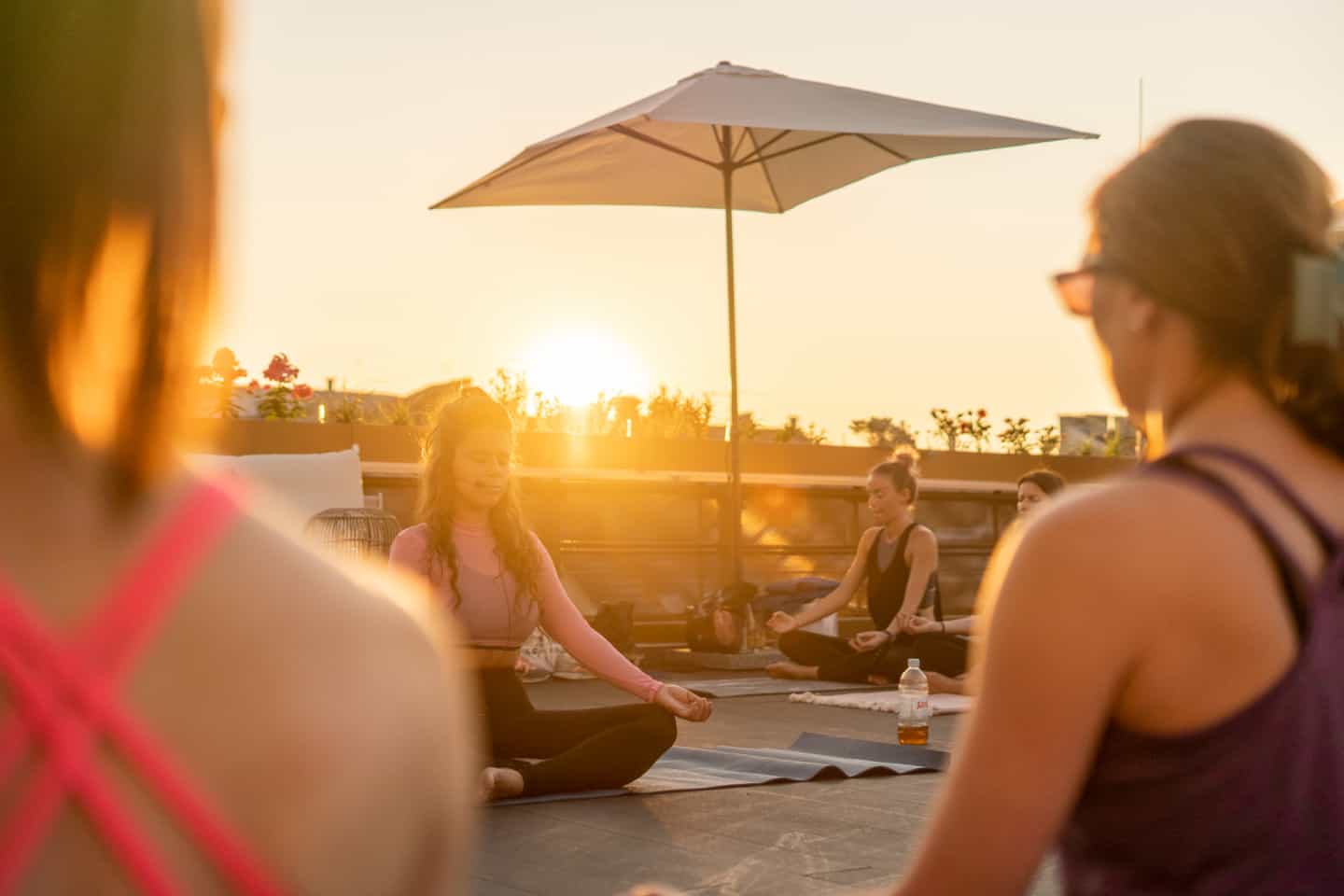 Orsi, the yoga instructor (Yoga Brunch Budapest), is now familiar in Société Budapest. Since our opening, she has filled our atrium several times with her guests. Even though the classes were almost always full, we agreed that the real thing will be when we can finally kick off the rooftop yoga series. On cold the winter days, we imagined people meditating at sunset, with the Basilica and the beautiful city skyline as a background. We were excited about Thursday night when this vision finally became reality. 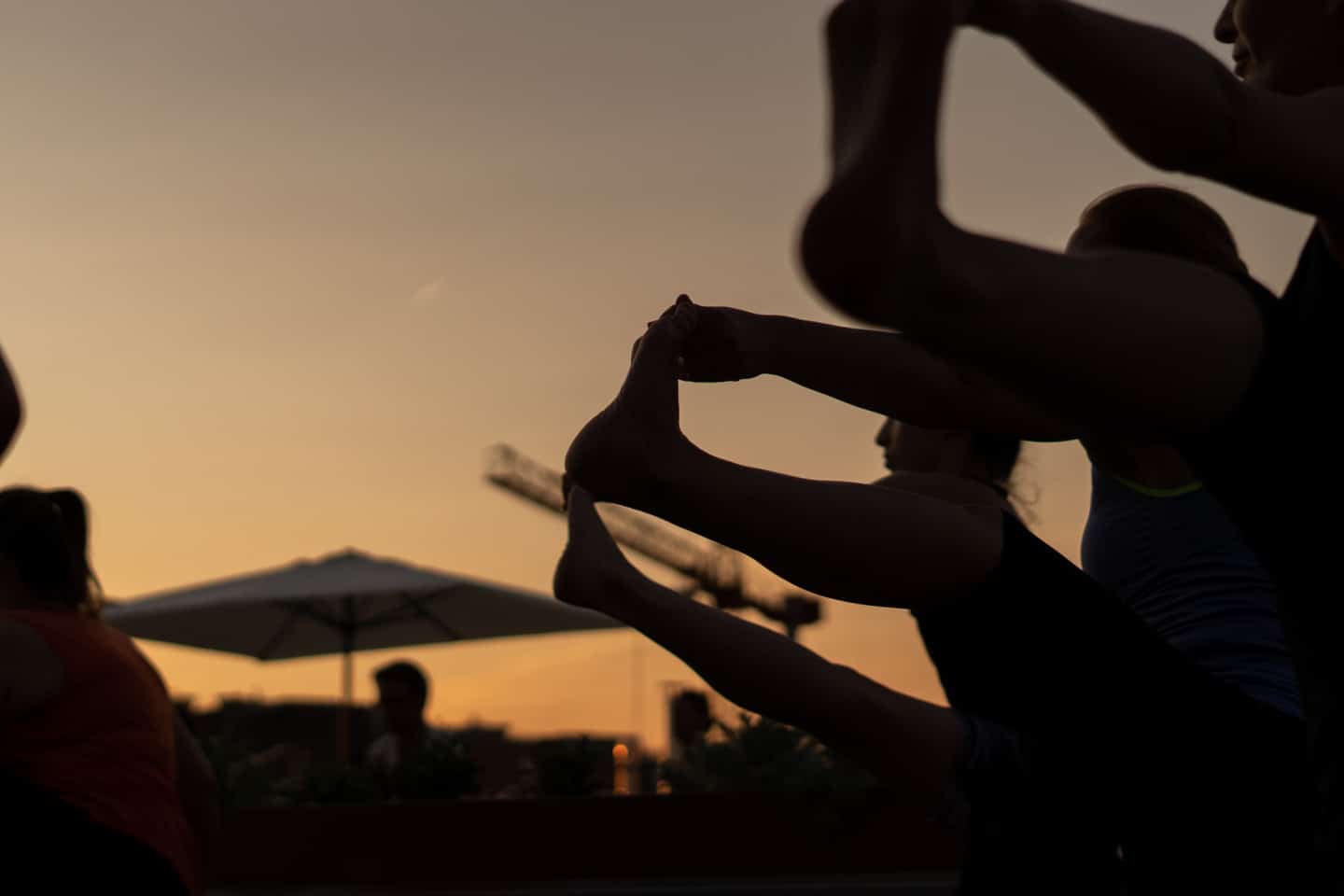 During yoga, even time slows down: in these sixty minutes everyone loses their sense of time, concentrates only on the "here and now", listens inward, relaxes, which is helped by the open air and beautiful surroundings. After the session, our guests admired the evening lights of the city while sipping on some refreshing drinks. This is also part of the program to give participants a chance to talk and get to know each other and not hurrying home after the class.

“It was an unforgettable experience,” said a guest before leaving, and we thought it was a worthy debut of our fifth-floor patio.

Two more rooftop yoga classes will be held during the summer: on 6th August a sunset yoga awaits you, and later on the 15th a full moon yoga class will close the season. Beginners are also welcome, everyone is guaranteed to have a good time and be physically and mentally charged. If you would like to attend the next event, email to yogabrunchbudapest@gmail.com.

On this website we use HTTP cookies to enable you as a visitor to adapt the appearance of the website.AcceptMore info

We are sorry to inform our Guests that we will temporarily suspend the operation of our restaurant and event venues due to the coronavirus epidemic, but we will reopen as soon as possible.

Thank you for your understanding!
Société Budapest Team